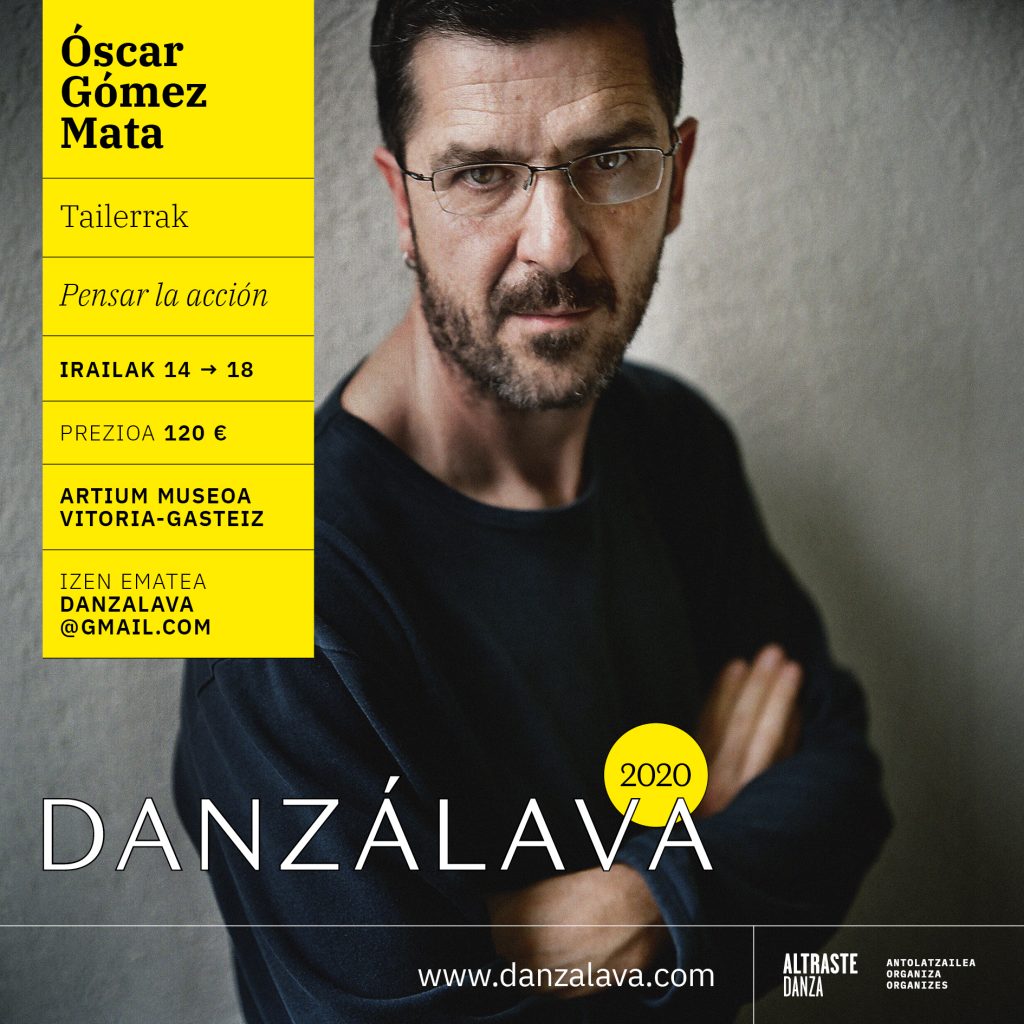 It is about working and developing the qualities of presence and interpretation located between who we are (the person) and what we represent (the character), based on the hypothesis that we cannot be the one or the other when our image It is situated in a context of public observation.
What we are and what we represent are two different things and between these two realities another entity of ourselves moves, an alter-ego that thinks the present at every moment, that person who thinks the action in the present is the one that interests us . This ambiguous situation causes the viewer the ability to choose what he is seeing.

Likewise, a work is built with several levels:
the appearances of things
what things are for real
what is the representation, the present really; and how it is provoked from the present of the work or live with the public.

Therefore, we will work to establish a functional relationship between reflection (what one is), action (what one does) and communication (what one intends), in order to find or create their scenic alter ego and define each other and what is represented.

All this will be elaborated from a physical and psychic work and an artistic reflection at various levels, such as:
The secret and ambiguity: variations and measure of what we show and what we hide.
The anonymous presence. Our image in the collective space. The intimate and the universal.
Self-portrait and self-fiction.
The relationship with the public, the look and the dialogue, the relationship with reality, the idea of ​​theater in the theater, the public space and the private space.
The sense of humor as empathy, as a transmission vector.

Oscar Gómez Mata (* 1963)
Born in San Sebastián, Oscar Gómez Mata lives and works in Switzerland, in Geneva. Actor, director and also author and set designer, begins his theater activities in Spain where, in 1987, he is co-founder of the Legaleón-T Company, with which he creates shows until 1996.
In Geneva in 1997, he founded the Company L’Alakran by which he signs the direction, the conception, the dramaturgy or the texts of several shows. These shows are co-produced by Swiss and European structures and revolve in France, Spain, Italy, Portugal and
South America.
Artist resident at the Saint-Gervais Theater in Geneva from 1999 to 2005 and at Les Subsistances de Lyon in 2006, Oscar Gómez Mata also develops a pedagogical work at the Serge Martin Theater School (Switzerland), in Les Chantiers Nomades (France) and He has been responsible for the Master in scenic practice and visual culture at the University of Alcalá (Madrid).
Since 2013, he is a regular professor at the Manufacture – Theater School of French Switzerland. (HETSR)
Swiss National Theater Award in 2018.