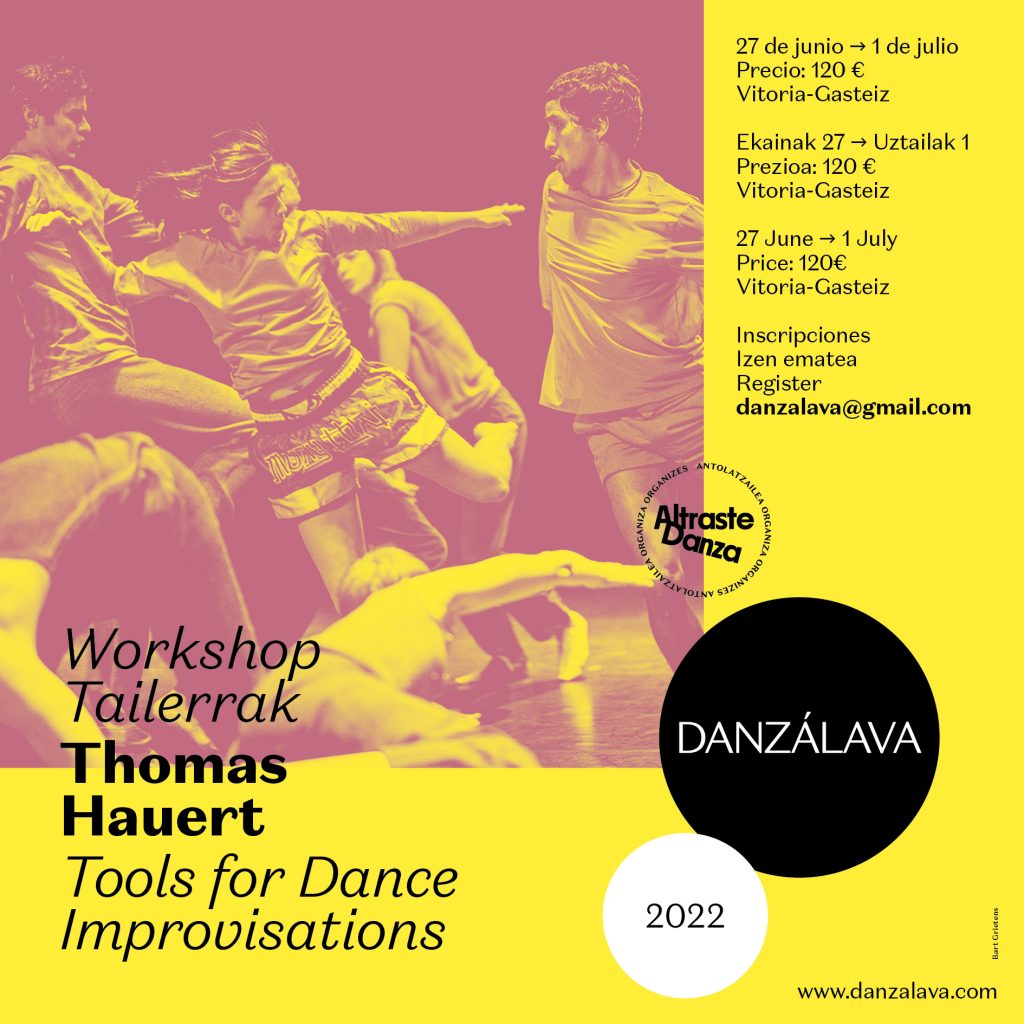 Every joint of our body has its range of movement and there are countless combinations possible. The body possesses a great practical knowledge, that goes way beyond what the mind’s consciousness is able to process, about its anatomy and its mechanics, their actions and reactions, and their interactions with external forces (gravity, centrifugal- and centripetal force, another body etc.).

In a progressive series of improvisational tasks with one or more partners, exchanging information sensorially, in touch or at a distance, we will take advantage of this phenomenon to create forms, rhythms, movement qualities and trajectories far more sophisticated than the ones our conscious mind could invent. We will be guided away from our habitual tracks, patterns will be distorted or overridden.

While in the first part of the day we will practise to multiply and disconnect actions within our own individual body to create a sense of polyphony within it, we will, in a second chapter of the day, improvise the composition of the movement of a group, in the attempt to create one single organism out of a group of individual bodies.

We’ll be tapping into swarm intelligence/collective intelligence, swopping constantly between leading and following or doing both at the same time, taking the responsibility to initiate as well as the responsibility to play your part in the development of other people’s proposals or of unconsciously emerging structures, keeping an overview over the group composition while assuming your role within it.